Information on www.pasternakfidis.com is for general use and is not intended as legal advice. Sending an e-mail through this Web site, and receipt of same, does not constitute an attorney-client relationship. Information sent via e-mail is not considered confidential or privileged unless we have agreed to represent you. By sending this e-mail, you confirm that you have read, understand and agree to this notice. 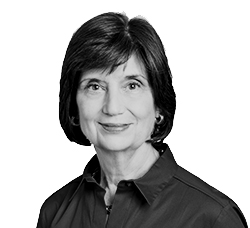 After 32 years of practice, Anne (Jan) W. White has retired. Please contact us at info@pasternakfidis.com or 301-656-8850 to be connected with Linda Radvin or Vicki Viramontes-LaFree, attorneys who may be able to help you with your domestic or family law matter.

Virginia has joined Maryland and D.C. in passing the Uniform Collaborative Law Act (the UCLA).  The Virginia UCLA will apply to all Virginia family law Collaborative cases starting July 1, 2021.  Begun in 1990 as a newcomer to the array of Alternative Dispute Resolution options, Collaborative Law was introduced in the DMV area in 2005 and has become a popular choice for couples who prefer an out-of-court process to settle their divorce and family law issues.  Collaboratively trained family law attorneys, including those in our firm, welcome the adoption of this Act.

In December 2017, Congress rushed to pass the Tax Cuts and Jobs Act:  a 503-page document that drastically alters several of the popular tax credits and deductions around which many divorcing families structure their financial planning.  This first major tax reform in decades affects taxes beginning in 2018 and will have a significant impact on divorcing families.  Family lawyers are still working on understanding the nuances of the changes and figuring out how to settle cases while some of the uncertainties in the application of the new law are being resolved by the Treasury Department.

Even the most amicable divorce can be expensive; it simply costs more to maintain two households.  Through effective use of the tax code, however, family law attorneys, often working alongside… MORE >

The trend in recent years has been toward greater creativity in marriage ceremonies, including locations, vows, and officiants. In personalizing the ceremony, it is important to keep in mind that the legal requirements for marriage are set forth in the laws of each jurisdiction, both as to the qualifications for a person to marry and the legal steps necessary to ensure that the marriage is valid.

Historically, marriage has been subject to the control of state legislatures (in the District of Columbia, the City Council). Statutes set forth the requirements for who is allowed to marry, the required procedure to marry, and the legal effects of marriage.  Spouses who marry in religious or other ceremonies that do not comply with the statutory requirements may be… MORE >

Getting Off to the Right Start: A Collaborative Premarital Agreement

Premarital agreements get a bad rap for being anti-romantic, anti-relationship and getting a marriage off to a bad start.  If they are done right, nothing could be further from the truth.

In May Governor Martin O’Malley signed the Maryland Uniform Collaborative Law Act, which passed both houses of the Maryland Legislature without objection. Effective October 1, 2014, this law allows divorcing couples to craft their own agreement to protect their confidential information during the Collaborative Process. In contrast, if the parties seek a court resolution, it can be an uphill battle to protect financial information from public access.

The Collaborative Process is a voluntary process that bypasses the court system to reach dispute resolution. The parties commit to working for settlement only, without threatening court action. A collaboratively trained attorney assists each party throughout the process. In contrast to the court system, the parties and attorneys meet together to find solutions that work for both parties… MORE >

On May 18, 2012, in Port v. Cowan, the Maryland Court of Appeals unanimously held that Maryland courts will recognize a same-sex marriage validly entered into in another state for purposes of granting a divorce. Maryland’s highest court said that its holding is in line with Maryland’s history of according deference to marriages validly performed in other states, even if those states’ laws differ from Maryland’s. Moreover, Maryland statutes that accord rights to same-sex couples as domestic partners and prohibit discrimination based on sexual orientation in areas such as employment indicate that the Court’s decision is in line with Maryland’s public policy. In March 2012, Governor O’Malley approved a law that will legalize same-sex marriages performed in Maryland effective January 2013, or later, if the law… MORE >